Follow the guide, keep your hands on the steering wheel and hold tight!

The day starts at the Volcano Trails head office with a short introduction before we load up our Land Rover Defenders and head out onto the trails. Our 4x4 guide will lead the way in front of the group and guide us along the trails using a handheld VHF radio located in all of our cars.

Soon we leave the busy highway for less travelled backroads and fun trails with river crossings and sometimes a bit challenging 4x4 driving. Our guide selects the trails we drive depending on trail conditions each day, allowing for the best possible driving experience on each tour.

Stops are made on the way for lunch and to enjoy the views of the beautiful sites we visit on this tour.

This tour is well suited for individuals, families and groups alike with the possibility to add more jeeps for more passengers and to adjust the itinerary to the needs of everyone. Families are especially welcome and on tours with young children, we can make more stops to run around in nature and choose child-friendly restaurants.

This tour is available all year, in any kind of weather. We do recommend bringing warm clothes with wind and waterproof outer layer, a hat, gloves and good shoes, especially outside the summer months of June, July and August.

Have a look at our itineraries here on our website to see if you can find a plan that suits you and your group. Book the date and then choose from one of our prearranged itineraries including the Golden Circle, South Coast & waterfalls, Þórsmörk Nature reserve and many more.

A free pickup - and drop-off service is included for up to 7 passengers. Groups of 8 or more people can add a pickup service as an extra when the tour is booked. 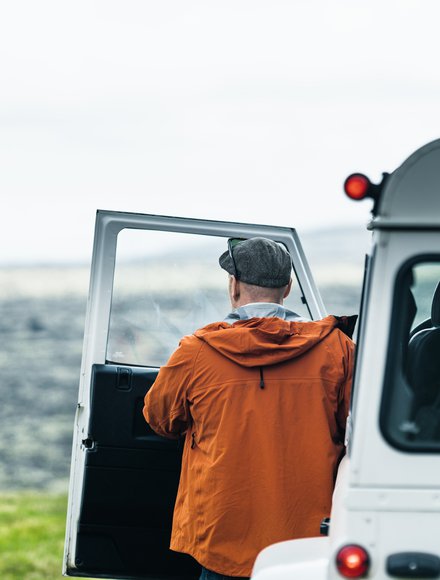 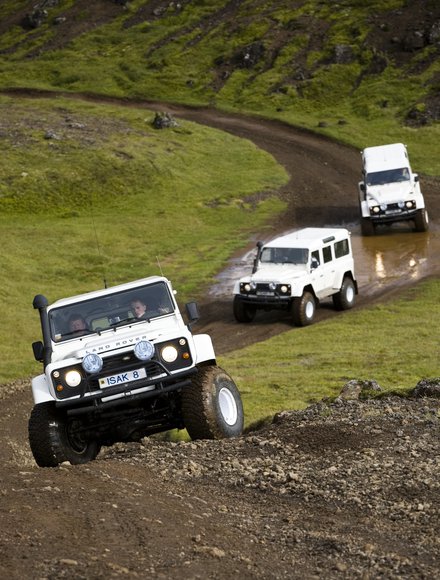 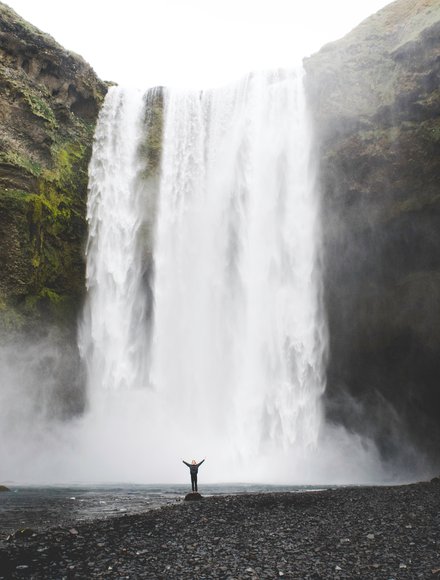 All the best sites in Iceland 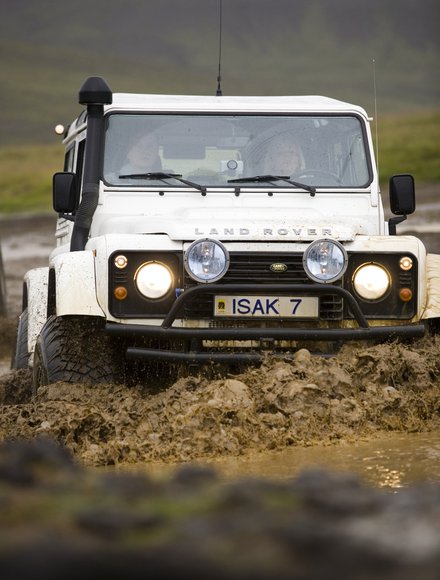 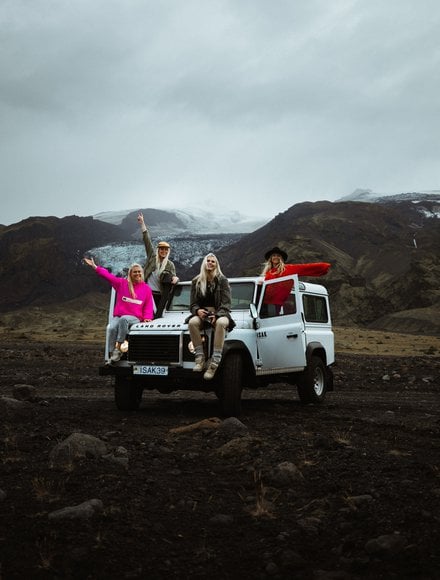 Itineraries to choose from

Immerse in a unique volcanic scenery by visiting the three most popular sites in Iceland which are part of the so-called Golden Circle. An unforgettable experience for anyone looking to make the most of a short stay in Iceland.

The tour starts with a stop in Þingvellir National Park, a UNESCO World Heritage Site listing and where the Vikings convened the oldest existing parliament in the world. Þingvellir is filled with geological features, such as a rift valley where the America and Eurasia tectonic plates have pulled apart.

From the national park, the next stop is the Geysir geothermal area, the home of the original geyser. Be ready to see Strokkur erupt standing water every few minutes in a thrilling display.

We continue to Gullfoss, an impressive sight to behold waterfall on the Hvítá river. It cascades down on two levels and into a narrow and deep canyon below.

There will be a mix of sightseeing and adventure on this fun-filled day tour. On clear days the magnificent Langjökull glacier, Iceland's second-largest glacier, can be seen in the distance.

Follow the North Atlantic coastline from Reykjavík into the volcanic and glacier covered wonderland that is Iceland's South Coast.

The tour starts with a drive through lava fields, right by the actively volcanic Hengill mountain and then down to the rich coastline farmland. On clear days you will see Hekla Volcano and in the distance and the glacier-capped Eyjafjallajökull Volcano rising majestically above the coastal mountains. Just a few kilometres off the coastline and easily visible are the volcanic Westman Islands, an archipelago of around 15 small islands, one of which is inhabited.

We stop by the powerful Skógafoss Waterfall where a short walk up a flight of steps will reveal one of Iceland's most scenic views that include glaciers, volcanoes and black sandy beaches. Single or double rainbows are often on display when it is sunny.

We then stop at the 60-metre high Seljalandsfoss Waterfall, famous for the hidden pathway behind and around it. Feel the spray on your face as you venture behind it.

Þórsmörk valley was named after the Norse god Thor. It‘s situated in the south of Iceland, between the glaciers Tindafjallajokull, Myrdalsjokull and Eyjafjallajokull. Þórsmörk is one of the most popular hiking areas in Iceland.

Þórsmörk is famous for having a great variety of natural features. It has been protected since 1921, in the care of the Forestry Service. Weather in Þórsmörk is often warmer than nearby, since it is protected by the three glaciers surrounding it. In the protected valley there is green vegetation of moss, fern and birch wood.

Locals, however, often use the name ‘Þórsmörk’ when referring to a much larger region that is composed of the area between Þórsmörk proper, and the Eyjafjallajökull glacier volcano, the peak that notoriously erupted in 2010 and caused widespread disruption to air traffic in Europe.

The valley's climate is warmer and calmer than usual in south Iceland, which often causes Þórsmörk's mountains to be cloaked in a veil of mist that materialises when the warm valley air ascends and mixes with the descending cold breath of the glaciers above. This is due to the colossal peaks that both surround and shelter it.

In spite of being warmer, Þórsmörk is also wetter than the rest of the country. This, however, only brightens the vegetation, giving the area a lush, emerald hue.

Get a glimpse of the highlands and immerse yourself in an area full of Nordic mythology, folklore and history.

Drive next to highly scenic and varied volcanic active mountains, and approach the highest flowing hot spring in Europe called Deildartunguhver. Get a glimpse of the ‘Ok’ glacier

We will drive under the Hvalfjörður Tunnel that reaches a depth of 165 meters (541 ft) below sea level to then stop shortly by the town Borgarnes, Hvanneyri and Reykholt.

These towns have inspired authors such as J.R.R Tolkien and G.R. Martin, and composer Richard Wagner.

A bay full of rivers and waterfalls.

The Reykjanes Peninsula runs along the Mid-Atlantic Rift, where the Eurasian and the North American tectonic plates are drifting apart. Due to this geological setting, the whole peninsula is extremely volcanically active, covered with lava fields, and eruptions and earthquakes are very common here.

During the Middle Ages, many eruptions occurred in Reykjanes, last one happened in year 2021.

Reykjanes is hammered by some of the most breath-taking breaker waves in the world. A short drive from Krýsuvík is Selvogur, where one can witness mighty waves shattering against the rocks. These waves can reach up to 30 meters (nearly one hundred feet).

Because of this, coastal erosion is constantly ongoing at Reykjanes, and if it were not for the eruptions, it would either be much narrower or simply lost to the seas.

Landmannalaugar is a truly rare area, both geologically and aesthetically. The dramatic region can be found nestled beside the raven-black Laugahraun lava field, a sweeping expanse of dried magma which originally formed in an eruption in 1477.

Landmannalaugar itself is made up of windswept rhyolite mountains, a rock type that creates a full spectrum of dazzling colour. Shades of red, pink, green, blue and golden yellow make for an ethereal location.

Landmannalaugar was historically best known for its natural geothermal baths, hence its name the People's Pools. For centuries, it served as an area of shelter and respite for weary travellers who use these soothing springs as a means to relax after tiring excursions.

The most popular road leading to Landmannalaugar, Sigölduleið, has such springs, and takes you past multiple stunning natural features, including Bláhylur lake, a magnificent body of water nestled in a dormant volcanic crater.

Where does the tour start?

The tour starts at our HQ's located in Mosfellsbær (15-minutes drive from Reykjavík downtown), part of Reykjavík Capital Area.

You can arrive at our starting point with your own car, private taxi or select our pickup and dropoff service from hotels and locations in Reykjavík when you book the tour.

Which vehicles are available?

We use Land Rover Defenders. Read more about our Defenders in "Our fleet of defenders"

Who will be driving the vehicle?

Two persons from your group can alternate driving your vehicle, while our expert driver-guide will be leading the group in a separate vehicle infront of yours.

Meals are not included, but stops are made for lunch and to enjoy the views of the beautiful sites we visit on this tour.

Can I choose where to go?

You can either plan your own day or choose from one of our prearranged itineraries . They can be chosen in the second step of the booking process: Golden Circle, South Coast, Reykjanes, Borgarfjörður, Snæfellsnes, Þórsmörk, Landmannalaugar. If it is hard for you to decide, we can surprise you! Just let us know. 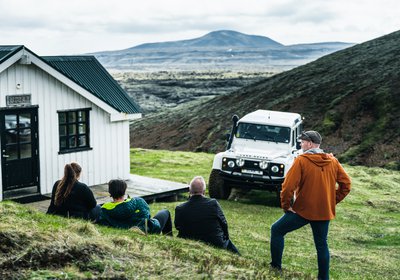 Let our 4x4 guide take you on a scenic tour in one of our iconic Land Rover Defenders and experience all the best 4x4 trails on this private day tour. Simply sit back and enjoy the ride! 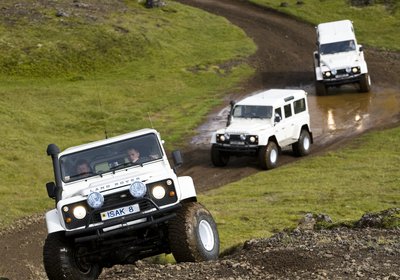 Join us on the Reykjavík Volcano Trails self-drive tour and try driving the iconic Land Rover Defenders yourself on fun and challenging 4x4 trails. Follow the guide, keep your hands on the wheel and hold tight!